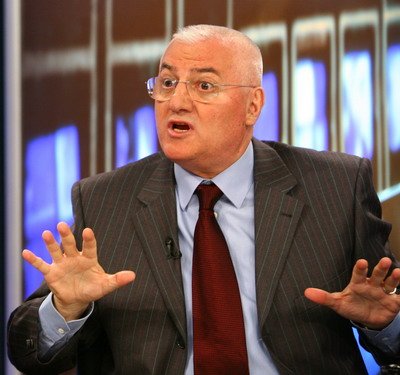 The chief of Romanian Football Professional league, Dumitru Dragomir, was summoned and came to DNA to give statements to the prosecutors in the blackmail file related to RCS-RDS in which Antena TV Group’s director, Sorin Alexandrescu, is subject of a criminal investigation.

Supposably, Dragomir could be the key in this blackmail caase, after Antena TV Group’s director is said to have manaced RCS-RDS representatives, saying he will make public an association contract between RCS-RDS and a company owned by Dumitru Dragomir, Bodu SRL, that owns the restaurant Crystal Palace Ballroms.

According to the respective contract, Dragomir’s company would have received Euro 1.7M in 2010, when RCS-RDS had the broadcasting rights for League 1 games.
According to Realitatea TV, Sorin Alexandrescu demanded Dragomir to intervene at RCS to re-enter Intact channels among its programs.

Coming out from DNA’s hearing, Dragomir said that he was asked by Alexandrescu to convince a RCS manager to visit Antena’s director as he had something important for him