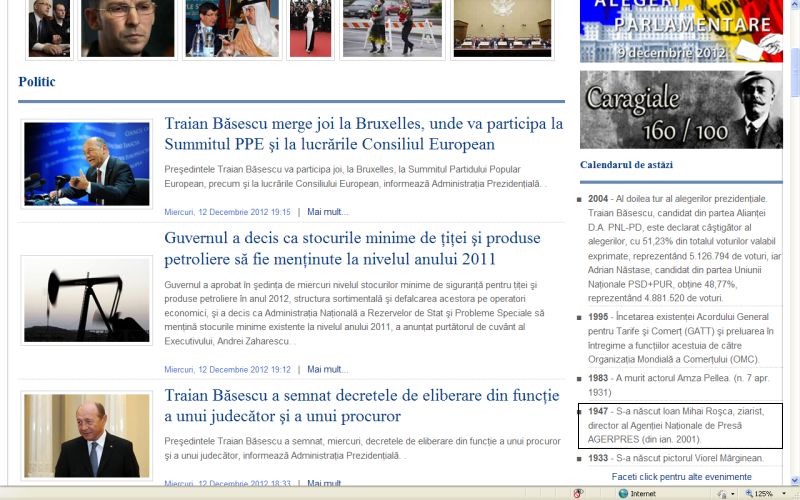 The author of a disputed interview with the former Romanian Transports minister, Relu Fenechiu, was demoted from the position of deputy general manager of the state-controlled news agency Agerpres and he was given another position within the agency that doesn't require journalistic activities. He was demoted and his job within the agency was changed by order of the general manager.

In a press release, Agerpres informed that its internal inquiry related to the interview, its author, Mario Cretu, and the editor, Mariana Nica, ended. The comission decided that both Cretu and Nica acted against Agerpres principles through the form the interview was written and edited.

Besides demoting him from the managerial function, Cretu will also suffer a financial punishment (money held from the redactor salary). When it comes of Nica, a decision will be made after a hearing in front of the Commission, to be organized to a later date.

"I am sure that the decision was a hard one for the disciplinary commission, but we have to respect the principles that guided our activity during last few months. Anyone that makes mistakes at this level must face the legal consequences. Equidistance and correctitude must become the main attributes of the Romanian press, no matter it is public or privately owned", Alexandru Giboi, General Manager Agerpres, said.