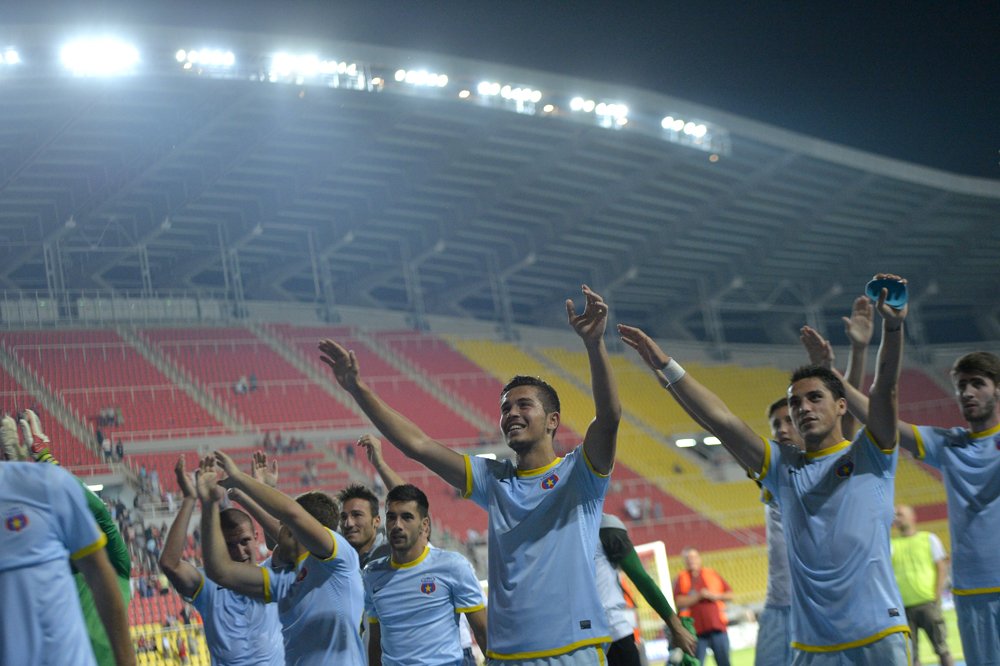 The football game between Vardar and Steaua, broadcasted by Pro TV, imposed in front of the competition, with almost 2.3M Romanians watching it every minute, 3 times more compared to the next in audiences.

The situation was different with “Serviti, va rog”, that started on Pro TV right before the game, was outranked, on urban audiences, by “Iffet” series on Kanal D. Pro TV was over Kanal D at national and commercial segments Vardar – Steaua, 3 times higher audiences than the competition Steaua’s football game dominated the audience, at national and urban level, with a medium 3 times higher than next ranked in audience. Also on the commercial public, the difference between Pro TV and the next place was significant.