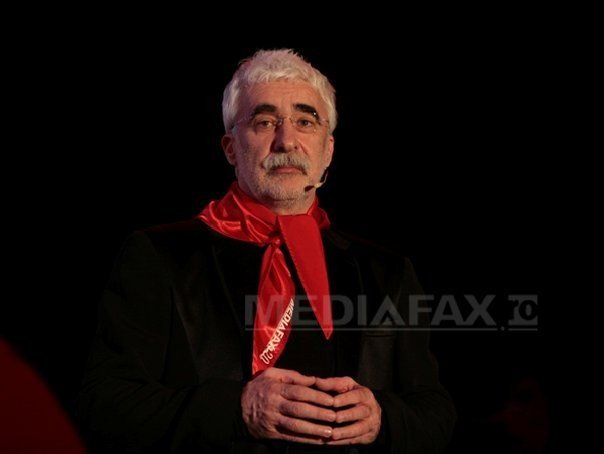 Adrian Sarbu resigned from his function at CME, the company that owns the Romanian Pro TV, information confirmed, for Paginademedia.ro, by Pro TV’s officials.

Adrian Sarbu will continue to be CME’s employee until January 1st 2014, with the managing board of the company to be headed by Duco Sickinghe.

According to a CME press release on the matter, “management board supports the business strategy Adrian Sarbu had during the last year, including the increase for ad prices and the ones for redistributing the channels” owned by CME.

Initially, Sarbu was partner with CME, when the company entered Romanian market once with Pro TV’s launch, in 1995. Afterwards, he was COO (2007 – 2009) and took over as president and CEO in 2009. Until last year, Sarbu also managed CET21, the company that operates Nova Group in Czech Republic, but gave up that position last April.

The resignation comes a few months after, in April, Adrian Sarbu prolonged his contract with CME for 3 ears. His agreed salary was of $1.8M per year and he was also entitled to annual bonuses for fulfilling targets, bonuses that can reach to 100% of the salary.

According to the contract’s cancellation stipulations, Adrian Sarbu is entitled to receive payments of $ 3.6m and $5,4M. In the same time, if CME decided to end the contract earlier, Adrian Sarbu was to be appointed the manager of Romanian operations until 2020, for an annual salary of $900,000

”My mission is accomplished”, Adrian Sarbu said, in a statement made public after his resignation.

Adrian Sarbu: “I am proud I was part of CME for almost 20 years and that I ensured the success for this company during a difficult period. It is an extraordinary organization, with talented employees. My mission for CME is accomplished”. According to a document sent to the organization that regulates American Stock Exchange, Sarbu submitted his resignation to CME’s management board on August 15th and it was due to produce effects today.

The letter of resignation mentions that Sarbu doesn’t have any claims related to ending the contract.

$ 5.4M and preemption rights for CME’s Romanian operations, in case of sale
Adrian Sarbu will receive, in the start of next year, the equivalent of $5.4M in Czech coronas, 2 weeks after finishes all the formalities with CME. Moreover, he will be consulted, will have preemption rights if CME decided to sale the operations it owns in Romania (Media Pro Entertainment and Media Pro Distribution) and will have 60 days to submit an offer.

Also, Sarbu cashes in his annual salary of $1.8M until January 1st 2014, in the same conditions he did until now, and will help managing the company and support the ones that will do that.

Also, CME promises not to denigrate Sarbu or do anything that can affect his image through documents or employees’ statements. At his turn, Adrian Sarbu doesn’t have to harm CME through statements and he has the obligation not to unveil confidential secrets and information related to CME’s business, finances and other commercial agreements.
Until the end of the collaboration, Adrian Sarbu will continue to use companies’ offices in Prague and Bucharest. Also, he assumed the obligation to hand over, until the end of the year, all the confidential info, books, documents, laptops, credit cards, keys, passwords and any other things that belong to CME

What was Romania’s contribution to CME?Almost $100M in just one semester

Until this year, the best country in the portfolio of the company Sarbu managed was Czech Republic, but the decreases of that market left Romania take over the first place as the main money generator for the company.