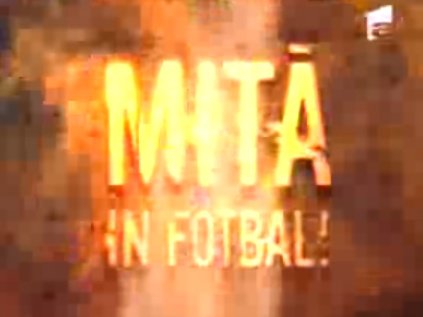 Antena Group published today a Word document about which it says that it is “Bribes in football” document, investigation intensely promoted 2 months ago on all Antena Group stations.

The document was presented an open letter addressed to “any interested person” and contains the contractual details between RCS, Antena and LPF until the complicated story of the payments that the 2 companies should have make periodically for redistributing the games in League 1.

The investigation doesn’t have a video version and is only available as a 12 pages word document that can be downloaded from Antena 3’s website.

The document includes inclusively details from the contract made in 2008 between LPF and Antena – RCS&RDS consortium and details on payments arrangements.
The investigation published by Antena Group presents the contract of association between RCS&RDS şi and Bodu SRL, Dumitru Dragomir’s company, as “Contract – Possible bribe”.

What does the investigation say?

The contract for League 1 games broadcasting between LPF and the consortium was signed on April 8th and covered 3 seasons, 2008 – 2011.

The contract for TV rights cession said that the total price of Euro 84.99M plus VAT will be paid in equal rates, of Euro 28.33M plus VAT, until May 15th every of the 3 contractual years.

The annual payment was made, according to the contract, by Antena 1 SA (now Antena Group), but with the biggest part of the money coming from RCS&RDS. More exactly, RCS&RDS S.A. assumed the obligation to pay to TV ANTENA 1 S.A Euro 24M plus VAT from each rate of the total obligation dued to LPF and do so with at least one week before the term mentioned in the contract.

Moreover, TV ANTENA 1 SA assumed supplementary payments obligations, obtaining a banking guarantee letter for almost RON 16M in favor of LPF (around Euro 4,3M).
On August 15th 2009, BODU S.R.L. and RCS&RDS S.A. made the “Contract- Possinle bribe”, a contract of association in participation that saw RCS&RDS S.A. assuming the obligation to pay towards BODU S.R.L., until May 15th 2010 (same date with the term for the last payment of Euro 28.33M rate) a total amount of Euro 1.7M, during consecutive payments.

According to the investigation, the contract appeared as RCS&RDS was late with paying the 2nd rate for broadcasting rights.