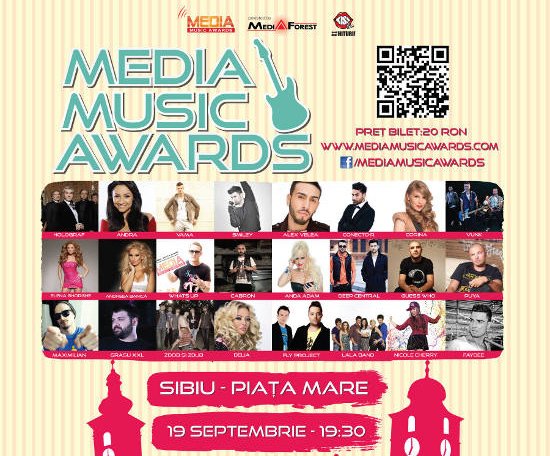 Most broadcasted artists on Romanian radio and TV will be awarded at Media Music Awards, during an event scheduled to take place in Sibiu on September 19th.

The trophies will be awarded based on number of broadcasts during the last year, monitored by Media Forest, that monitors radio and TV presence.

Paginademedia.ro is media partner of the event.

The event will also include a public vote – “Fans Like Award” – and music fans can, until September 15th, vote their favorites on event’s Facebook page or in a special Facebook app.
Translation provided by AdHugger