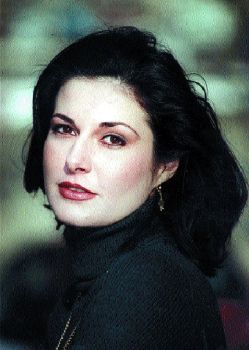 Jurnalul National ended the collaboration with the journalist Miruna Munteanu after the later posted on her Facebook account 2 editorials that were critical towards RMCG, company that wants to start cyanide mining in Rosia Montana, ActiveWatch.ro writes.

The articles were written by Munteanu for Jurnalul National but, as she didn’t received any feedback on them from the redaction, the journalist decided to publish them on Facebook.
Afterwards, Munteanu was announced by email by Marina Constantinoiu, editor-in-chief Jurnalul National, that she was in a hurry when she published the materials and was demanded to drop the censorship accusations as the materials weren’t rejected by the redaction, but just postponed from conjuncture reasons.

“It is true, nobody told me directly that those articles cannot appear. Pure and simple, all my messages (SMS, email) towards the redaction were ignored. If when it came of the 1st editorial I received at least a mono-syllabic message to confirm receiving it, for the second I didn’t get even that.

It is interesting that, in between the 2 materials, a week has passed, period of time during which nobody from the redaction warned me that I was “in hurry” and that my censorship suspicions are not founded”, Miruna Munteanu said, for ActiveWatch.

Contacted by ActiveWatch, Marina Constantinoiu said that Munteanu hurried with publishing the first editorial on Facebook and unfairly accused the newspaper of censorship, a situation that repeated a week later.

Constantinoiu said that the reason why Jurnalul National ended the collaboration with Miruna Munteanu is that the journalist came up with unfounded accusations against the publication.