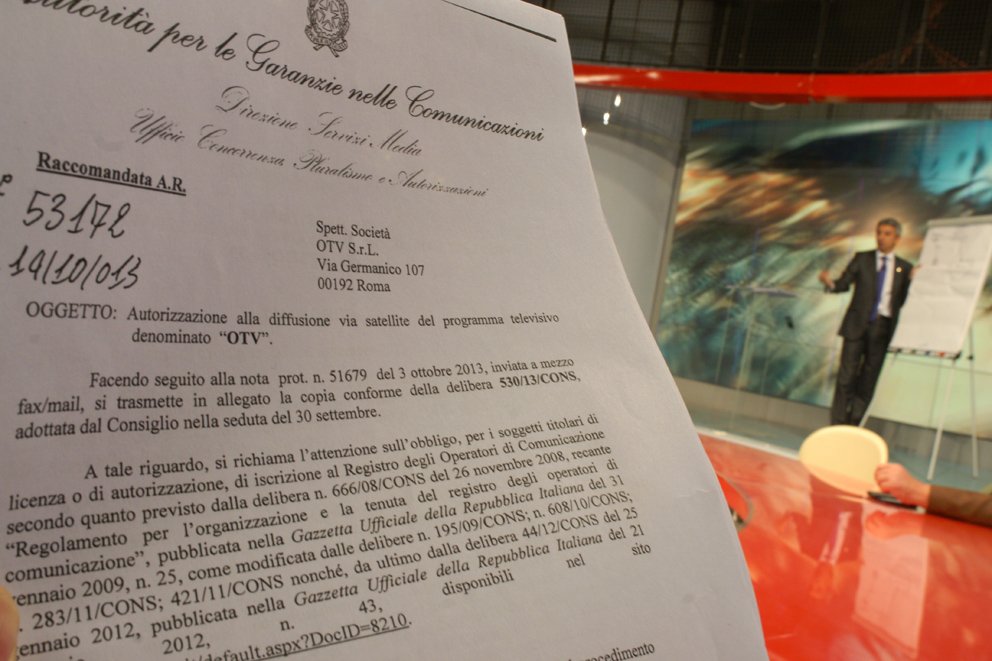 The sentence doesn’t need translation for Romanians and it is present on the broadcasting license obtained in Italy and presented by Dan Diaconescu during a pre conference.

Diaconescu explained he obtained the papers in the end of September and also added that responsible for stopping OTV are influencial people, mentioning that he thinks CNA’s president, Laura Georgescu, should quit.

Dan Diaconescu stated that the TV has operational branches in Romania and Moldavia, somewhere in Spain and in UK. He added that, in this moment, OTV doesn’t have any kind of reports with CNA and will remain “a TV in exile”.

“We don’t have any kind of report anumore with Romanian CNA, it wasn’t possible although we wanted it, now we aren’t forced to send this license to Romanian CNA. We will remain a TV in exile and we will be linked to Romanians via parabolic antennas”, Diaconescu said.