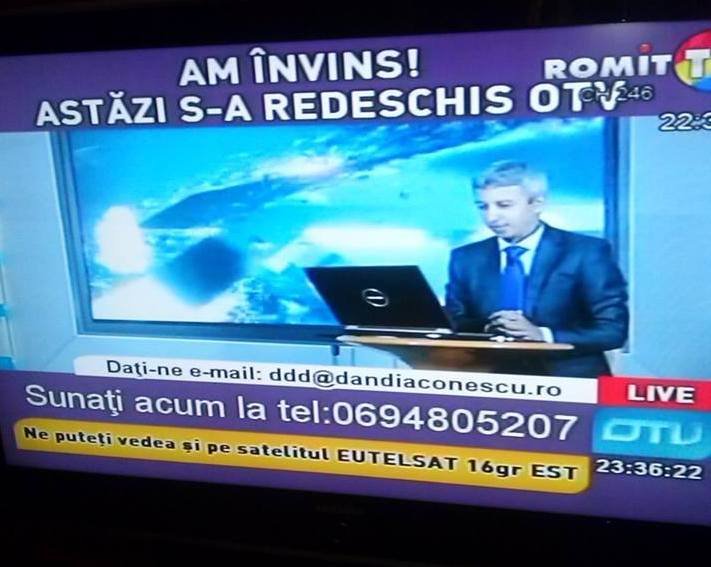 “They didn’t pay any of those fines (…) The fact that you dispute it (a fine, n.r.) doesn’t mean you don’t pay it”, said Laura Georgescu, after she was asked if the fines that caused OTV to loose its licence was paid.

Laura Georgescu was present at Senat’s Culture & Media Committee in order to present CNA’s activity in 2013 and institution’s plans for 2014. During the hearing, she was asked by a PSD senator what is the situation of OTV channel.

The money coming from CNA fines are going to the state budget, not in CNA’s accounts.
On January 22nd 2013, CNA withdrawn OTV’s licence, owned by Ocram Televiziune, on the grounds of multiple unpaid fines dating back to 2009.

On the other hand, Dan Diaconescu was forcefully executed by the former CNA president for a total amount of Euro 23,000.