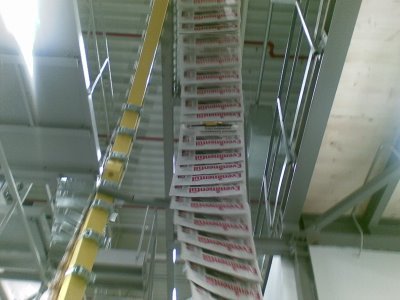 Evenimentul and Capital publishing house entered insolvency, following a decision made by Bucharest Court to accept a demand the company made related to declaring insolvency.

The information related to company entering insolvency appeared since last year, as Paginademedia.ro previously wrote. In November, company’s accounts were blocked by ANAF as a consequence of publishing house’s debts toward the state.

Contacted by Paginademedia.ro, Virgil Munteanu, executive director Evenimentul and Capital Publishing House, said the situation of the distribution market was one of the causes for entering the insolvency.

“The main reason has to do with the situation on the Romanian press distribution market. It is our try to protect ourself in such an environment.
At this moment, the company risks to not cash from distribution companies an amount that reaches to around Euro 150,000.
We think that, through a reorganization plan, we will reach to business sustainability, especially as we had, for 3 consecutive semesters, operational profit”.

Romanian Fiscal Authority seized Evenimentul and Capital publishing house’s goods and blocked the accounts of the company and third parties, a few days after the company demanded to enter insolvency, writes Mediafax, quoting ANAF sources that suggested that other media companies might follow.

The blockage of company’s accounts was confirmed by Virgil Munteanu for Mediafax.
This takes place less than a week after the publisher of Evenimentul zilei and capital demanded to enter insolvency.

Dan Andronic, after EVZ’s accounts were blocked: We will do everything possible to keep our activites running.

Dan Andronic, main shareholder of Evenimentul and Capital Publishing house, said, after ANAF seized company’s goods and blocked its accounts, that he will do everything possible so that Evz and Capital to be able to run their activities, Mediafax writes
Dan Andronic (90% shares in the company) said that, if ANAF decision only targets Evenimentul zilei and Capital, it “isn’t just abusive, but also at least weird, even politically motivated”.