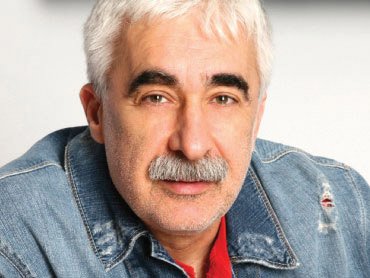 Pro TV notified again news channels that broadcasted, on April’s Fools, fake information on its possible implication in a case of fiscal evasion.

PRO TV S.A demands news channels “to stop communicating any fake affirmations on the fact that PRO TV would be under investigation by authorities close to Bucharest Court” and warns that “if the communication of fake information will continue, Pro TV will use all legal means to protect its rights”.

Pro TV’s press release comes after Romanian TV channels reported, on April 1st, on possible searches of judicial authorities at Pro TV’s headquarters and to the residence of Adrian Sarbu. The information were invalidated both by authorities and by Sarbu.

The news channels started the bantering from an official press release that was announcing, without giving details, searches to more companies in Bucharest and Ilfov area, to companies and people with activities in media sector.

In a statement for Mediafax, Adrian Sarbu said that information on his investigation for fiscal fraud and the ones on searches at his house „aren’t real” and the spread of these information by RTV, B1 and other news channels shows that they „want the reputation of Radio Erevan”.

“RTV, B1 and other news TVs informed public opinion, on Tuesday, that I am under investigation for fiscal fraud of Euro 20M and that there are searches undergoing at my residence”, said Adrian Sarbu, adding that the info aren’t real

“As I was home at the time the information was disseminated, I prepared, with emotion, coffee, fruits and drinks to meet those announced by news channels. I searched for them all over the house and, as I couldn’t find them, I had to accept that it was April Fools and RTV, B1 and others want to earn the fame that the fictious Radio Erevan had during communism”.