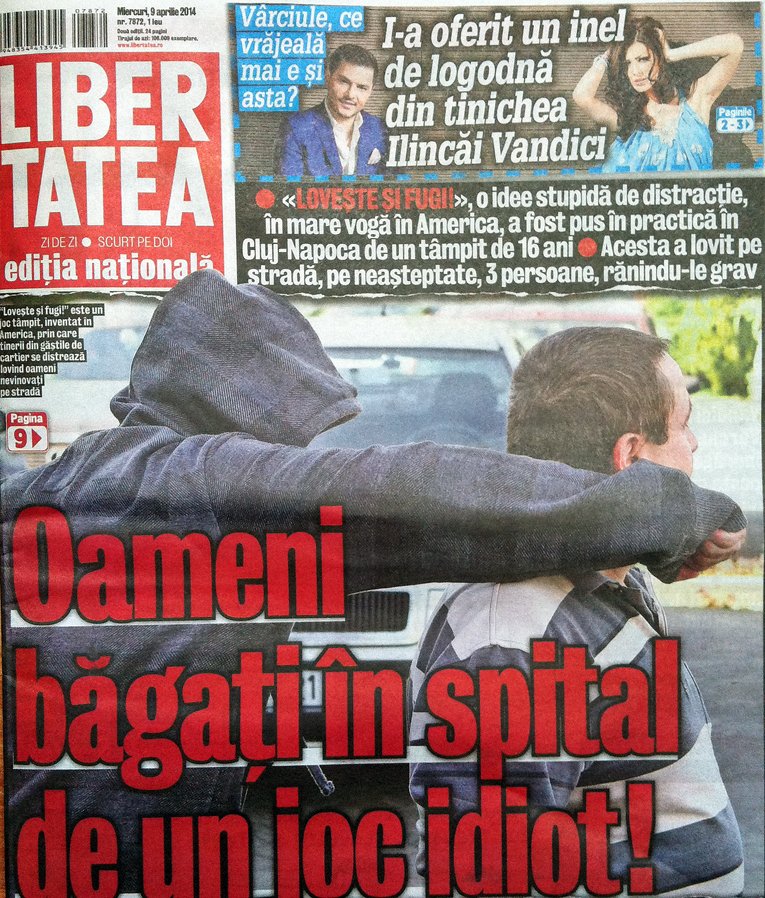 Romanian tabloid Libertatea, published by Ringier România, will relaunch this autumn. According to Paginademedia.ro’s info, the company is working at the concept of the future newspaper, which will see the tabloid transforming into a popular newspaper, with focus on social subjects.

For the design part, Libertatea works with Marian Toader, graphician that worked, over the time, for Gazeta Sporturilor, ProSport and the one that redrew Evenimentul zilei in 2008 and 2012. On the editorial concept area, Ringier’s consultant is Peter Frank, former marketing director at Adevărul.

Peter Frank worked as marketing director for Adevărul Holding starting May 2010 and, in the end of the same year, he left the company. Previous to joining Adevarul, Frank was coordinating editor and host at The Money Channel, where he produced the business show in english The Frank Show.