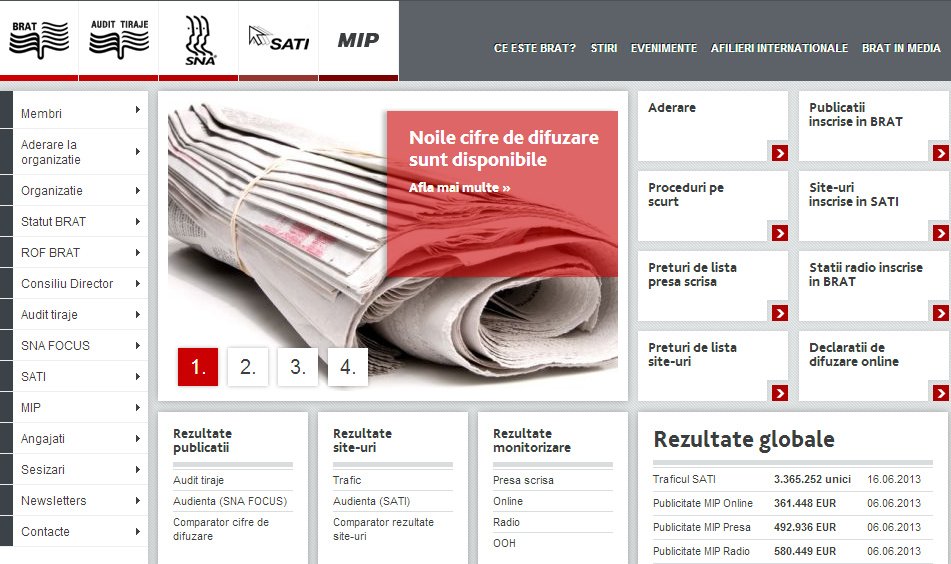 Romanian Bureau for Transmedia Audit (BRAT) modifies, starting September 1st, the mechanism to report traffic and will separate it considering the type of device used to visit the websites measured by SATI.

Initially, the separation will target the reporting for the trafic made from desktop and laptop on one side and from mobile devices, on the other side. Later on, the reporting will be made for each type and model of device used.

In the same time, BRAT also announced that, on May 19th, the activity on the field started for the new SNA Focus study, scheduled to end on May 2015 and using optimized methodology that complies the new contract made with GfK Romania and CC SAS SRL.

One of the important modifications consists in introducing within the study of the integrated measurement for a media brand (for example, a brand active on multiple channels will have all of them cover: print, online, Facebook, mobile apps etc). The new study will have 14,000 respondents