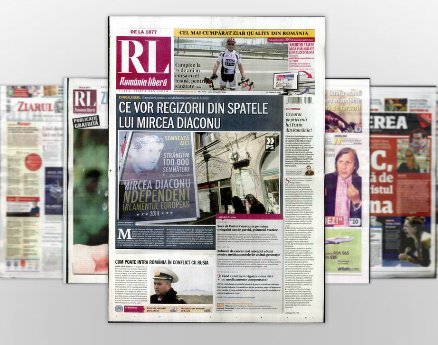 Adrian Rus, General Manager Medien Holding, publisher of România liberă daily, reacted after the newspaper was caught cheating by BRAT, which established the publication reported a 60% higher circulation for years.

In a point of view published by the newspaper, Rus presents publisher’s version of the facts.

Last week, the sold circulation for Romania libera was recalculated to less than half and Catalin Tolontan noted that, from a total of 40.000 copies, 25.000 were delivered to Breviter, company controlled by Adamescu family, and not distributed further.

In Adrian Rus’ version of the facts, “ România liberă aily was published in a medium brut circulation of 44.562 copies per day. The proof of printing this number of copies was made with accountaility documents and certified by audit, which is also published on BRAT’s website”.

Rus admitted “Medien Holding delivered on daily basis around 24.000 copies to a subscriptions company”, but doesn’t mention company’s name or the fact it is belonging to Romania libera’s owner.
Rus said he agreed to recalculate the numbers „to help finalizing the certification process”