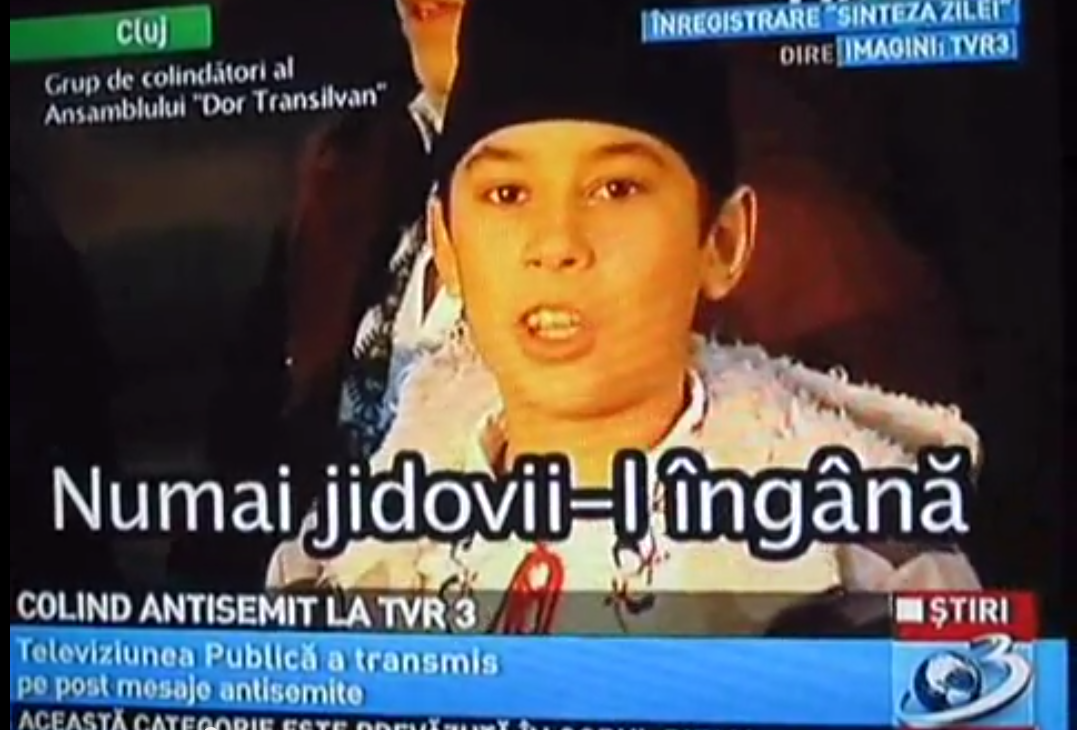 CNA decided to fine RON 50,000 Romanian TV Society after TVR 3 broadcasted, at its relaunch, a carol that was including anti-semitic verses.

TVs representative went to CNA to explain how the carol ended up being broadcasted on the channel and expressed their regret for what happened. They also mentioned that the carol was a playback and was selected by Tiberiu Groza, director of Cluj’s county center for conservation and promotion of traditional culture, on the grounds that it was the shortest and wasn’t present on TV before.

The fine proposal was made by Laura Georgescu, CNA’s president, and approved with 7 votes for and 1 against.