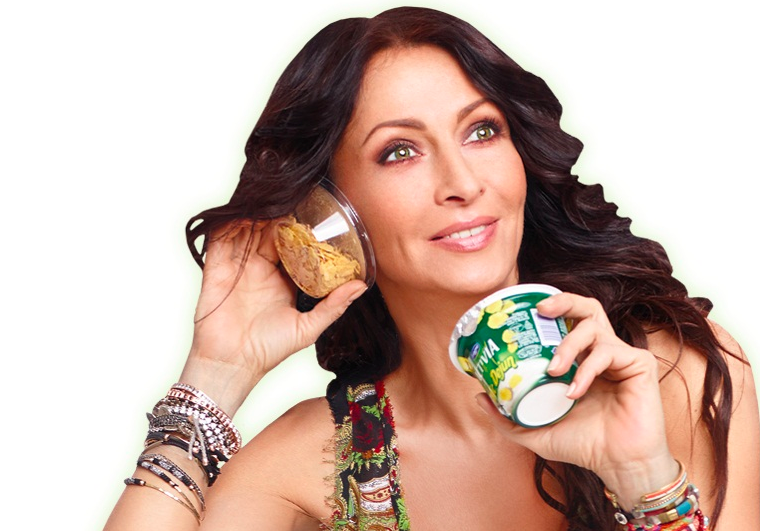 Mihaela Radulescu was chosen by Danone to be the image of Activia yogurt this year, starting with the campaign “2014, the year of changes for good”. The campaign started with a teasing, during which the celebrity asks the women viewers if they are ready to make a change.

Activia’s campaign consists in a mix that includes TV, OOH, online, print, instore activations and PR events. Mihaela’s image is present on the materials declined on all channels.

The campaign has a special websites where consumers can enter the campaign.
After the teasing period, in which radulescu was speaking about “changes for good” one must make for the new year, the campaign ad was launched.

According to a press release, “the campaign aims to inspire women in Romania to make changes for good, such is adopting a healty lifestyle and healty and balanced nutrition”

On the association with Activia, Mihaela Radulescu says:

„I think I am the most fortunate case of public personality chosen to promote a product…that I was already promoting for pleasure. (…) Feeling good is, for me, a life style that I want to share with people around me”.

From processed meat products to yogurt

In 2010’s autumn, Mihaela Radulescu appeared in an ad that was promoting processed meat product from elit. The ad was directed by Radu Munteanu and the idea was simple: Mihaela Radulescu is a bike rider, stops from an endurro race to have a snake. ”I’m eating!” – was the only line that she said, with full mouth, in the ad.

The association between brands and celebrities such is Mihaela Radulescu is not something new. In the same period when Radulescu was promoting elit, Andreea Marin was image for a brand of washing machines, as ambassador of LG Direct Drive.