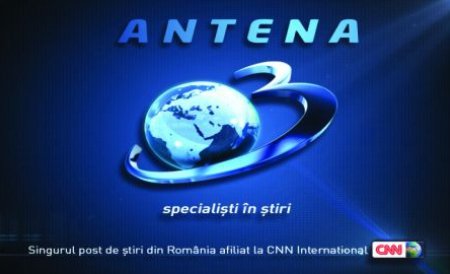 The plane crash that resulted in Adrian Iovan’s death made the news channels’ audiences explode and Antena 3 surpassed, on certain intervals, the 1M viewers mark.

All the news channels had, with the accident, much higher audiences than the average, with the highest increase being posted by Antena 3 (twice bigger than next ranked in audience during certain intervals).

The peaks in audience were reached after 21.00: over 1M Romanians were watching the latest info on Antena 3 and almost half million on Realitatea TV. The numbers stayed closed until midnight: between 23.00-24.00, Antena 3 reached to 1,1M viewers, over twice more than those watching Realitatea TV. Romania TV kept in front of TV over 360.000 Romanians, while B1 was watched by 220.000 people.

The hourly evolution for news channels’ audiences is available here.