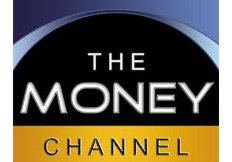 Money Channel TV station will re-launch, according to an employment announcement. What is interesting is that the process also involves Mohammad Murad, businessman, owner of Phoenicia hotel, of SpringTime and of the can producer Mandy.

The announcement posted on BestJobs leads towards an email address with “TVlife” domain. TVLife domain is owned by Murad Broadcast Corporation, owned by the mentioned businessman.

In the same time, the phone number for contact is also present in another hiring announcement that has no ties with TV world, but with Phoenicia Hotel, which looks for cooks

Gusa: We have consistent talks. A contract isn’t yet signed

“We have consistent talks with Mohammad Murad related to a possible association and the result will be known sometimes during next week”, Cozmin Gusa, editorial director Realitatea TV, stated for Paginademedia.ro.

He added there isn’t yet a signed contract and that Murad made the employment announcement in line with the discussions that precede the association.