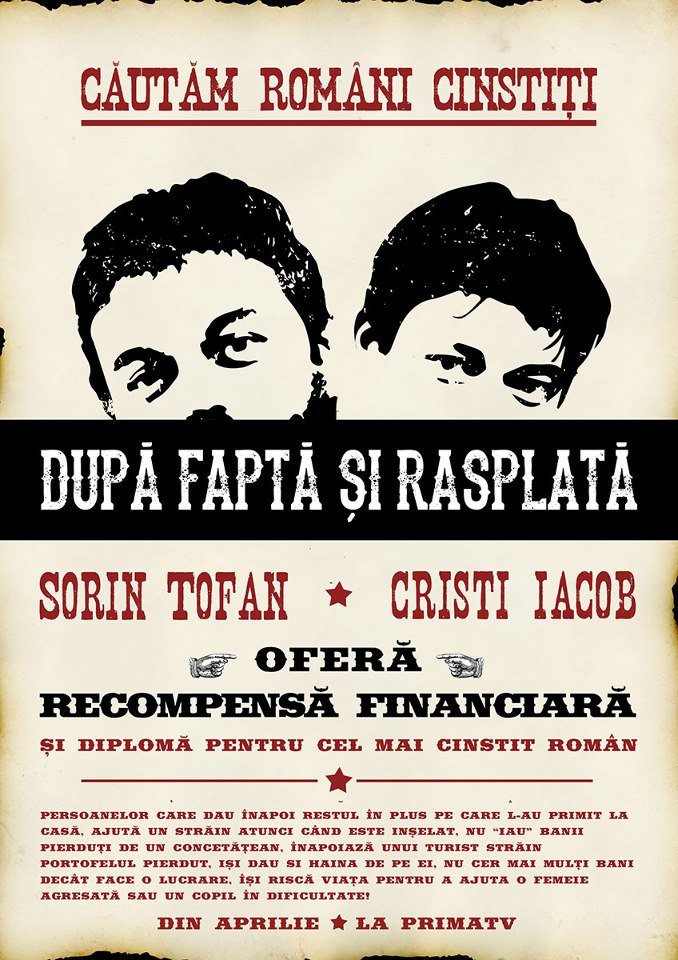 “Dupa fapta si rasplata” is hosted by Sorin Tofan and Cristi Iacob and its aim is to look for honest Romanians.

“We’re offering financial rewards and diploma for most honest Romanian to people that give back the extra change their receive at supermarket, help a foreigner that’s being cheated, do not take someone’s lost money, return to a tourist his lost wallet, they even donate their clothes, don’t ask more money than a thing deserves, risk their lives to help an aggressed woman or a kid in difficulty” – the show’s presentation on Facebook states.

The 2nd show, Capcan TV will start on April 18th and will be a purgatory for people looking to become famous. The show will be hosted by Gabriel Duţu and will be broadcasted on Thursdays, starting 21.30.

Capcan TV is a parody of most successful TV format from last couple years and also brings into the spotlight new subjects.