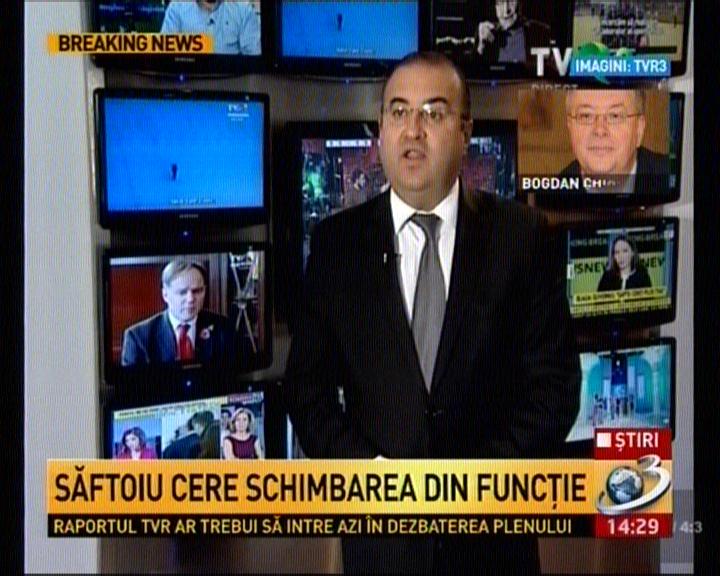 SRTV’s activity report for 2012 was rejected by Romanian Parliament, which involves the dissolution of public TV’s Management Board, Mediafax writes.

SRTV’s activity report was rejected with 21 votes for, 262 against and 10 abstenations.
Deputy Chamber’s president, Valeriu Zgonea, announced that, following the vote, TVR’s Management Board was dissolute.

As a consequence of the vote, Claudiu Saftoiu presented his resignation from the position of president general manager of TVR, but demanded for the Administration Council to be maintained .

Saftoiu was appointed president general manager TVR in July 2012. In his letter of resignation, Saftoiu mentioned that it was impossible to respect all obligations assumed as part of SRTv’s economic recovery plan, the fact that needed legislative modifications on SRTv’s functioning law weren’t adopted during his mandate and the non-aproval of demanded amendaments during budget discussions.