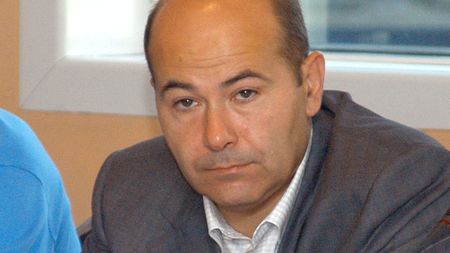 Media Camina Group, owned by Voiculescu family, notified CNA related to a modification of its shareholders list, namely that “Sorin Oancea withdraws and his social shares (10%) are redistributed among the other associates”.

Contacted by Paginademedia.ro, Sorin Oancea said that there are 2 lawsuits running related to his quality of shareholder with Radio Zu and added that he was “withdrawn”
According to Media Camina Group’s notification to CNA:

“The modification in shareholders structure within Media Camina Group (GMC). The demand was registered in April 2nd, agreement previous to the modification of shareholdership (Mr Sorin Oancea is withdrawing, his social parts are redistributed among the other associates).”

Sorin Oancea had 10% shares in GMC.

According to the document submitted to CNA, previous to Oancea’s withdrawl, the shareholdership structure was:

The same document says that, after Oancea’s withdrawl, the shareholdership structure modified as it follows:

“Almost a year ago, I started a lawsuit at Bucharest court in which I was demanding the withdrawl from Camina, with a fair compensation. Basically, I was asking to withdraw based on an expertise to extablish the value of the company, respectively of the 10% I own. The lawsuit isn’t over, it’s still in the evaluation stage.
Camina called for a General Assembly of the associated in the start of the year and decided, abusively, my exit from the company. They didn’t wait anymore; they decided to kick me out. I was “withdrawn””, Oancea said, adding that he disputed the decision in justice and the lawsuit is ongoing.